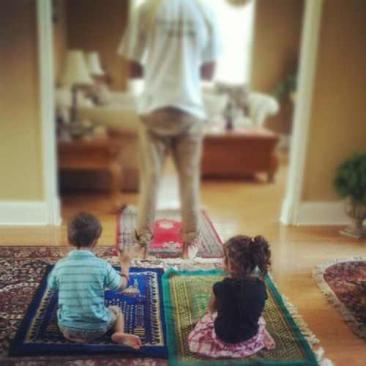 1. Delaying the Prayer intentionally: While being busy in worldly affairs we often delay the Salah from its preferred time. This is the most common mistake in Prayer made by most of us.

We think that Praying is last thing to do and we must attend to other matters first. Many workers delay Zuhr and Asr Prayer till night-time. Quran speaks strictly on guarding our Salat:

Here to safeguard the Salat means to perform it at its prescribed time and to be steadfast upon it.
2: Reciting Holy Quran fast in the Prayers:

We must pause and take breaks while reciting Holy Quran during Salat. We should not recite the Surah’s so fast that that the verse get intermingled. One of th…e Hadith emphasizes this issue:

“The Prophet (P.B.U.H) used to pause after each verse of Surah al-Fatiha.

3: Moving before the Imam in congregational prayers:

One should not race with the imam i.e. try to move before the Imam or with the Imam because the correct ruling is when Imam says Allahu Akbar, then the person who’s following the Imam in Prayers should say Allahu Akbar.
Not before Imam or with Imam. Like this Hadith of the Prophet (P.B.U.H) states:

“Surely the imam is there to be followed”

The Prophet (P.B.U.H) said: “Does not the one who raises his head before the Imam does fear that Allah would transform his head into a donkey’s head”

Salat should be performed slowly and calmly. Rukoo or Sujood must be performed unhurriedly. In order to complete the Rukoo one must stay in Rukoo posture long enough to recite
“Subhan Rabbi yal Adtheem” at least three times.

In the same manner, for the Sujood the person should say “Subhan-na Rabbi yal-ala” three times slowly.

This Hadith commands to complete the Rukoo and Sujood in proper manner:

The Messenger of Allah (P.B.U.H) said:

“By not completing its rukoo and sujood”

“He who does not complete his rukoo and sujood, his prayer is void”

While performing Salah, one should concentrate on looking to the point where the head is placed during Sujood rather than looking upwards. Because this may lose concentration.
In the Hadith recorded by Sahih Muslim the Prophet (P.B.U.H) said:

“Let those who raise their gaze up during prayer stop doing so, or else their sights would not return to them” (i.e. they will lose their eyesight)