Speech on Prophet Muhammad PBUH and the message of peace 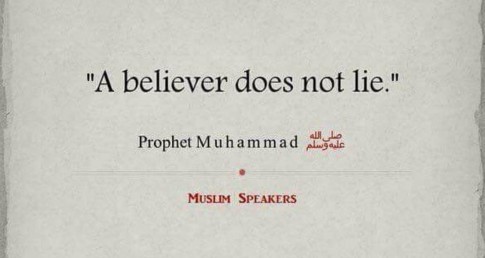 There have been many biographies written and speeches given on Prophet Muhammad(peace and blessings be upon him) that have provided a glimpse of his life, the role that he played as a Messenger of Allah (peace and blessings be upon him), and the message that he brought for mankind. However, the speech delivered by Ja‘far bin Abi Talib to the Christian king of Abyssinia (Ethiopia) in the 7th century to date is referenced as one of the most succinct and eloquent speeches that captured the moments of that era, and expressed the message of Islam concisely and clearly.

The speech was delivered in the fifth year of Muhammad’s (peace and blessings be upon him) Prophethood. As we recall from the early days of Islam when Muslims were tortured, persecuted, and humiliated in many ways, a few Muslims emigrated to take refuge in Abyssinia (Ethiopia) that was ruled by Ashamah Negus (also known as al-Najashi), a Christian king. The Holy Prophet (peace and blessings be upon him) had known him as a fair ruler and thus had permitted the followers of Islam to take refuge in his kingdom.

Makkah’s Quraish, who at the time were amongst the foremost in persecuting the new Muslims could not tolerate the Muslims living peacefully in the Christian kingdom. Hence, they made a last ditch effort to get those Muslims extradited to Makkah and sent two of their strongest envoys to demand their extradition. Those envoys were Amr bin Al-As and Abdullah bin Abi Rabia (the two embraced Islam a few years later). The two envoys took valuable gifts for the king and his clergy in the hopes of convincing the king to return the new Muslims. The pagan envoys demanded the Muslims’ extradition on grounds that they had abandoned the religion of their forefathers, and their leader (Muhammad ﷺ) was preaching a religion different from theirs and from that of the king.

“O king! we were plunged in the depth of ignorance and barbarism; we adored idols, we lived in unchastity, we ate the dead bodies, and we spoke abominations, we disregarded every feeling of humanity, and the duties of hospitality and neighborhood were neglected; we knew no law but that of the strong, when Allah raised among us a man, of whose birth, truthfulness, honesty, and purity we were aware; and he (peace and blessings be upon him) called to the Oneness of Allah , and taught us not to associate anything with Him. He (peace and blessings be upon him) forbade us the worship of idols; and he enjoined us to speak the truth, to be faithful to our trusts, to be merciful and to regard the rights of the neighbors and kith and kin; he (peace and blessings be upon him) forbade us to speak evil of women, or to eat the substance of orphans; he ordered us to fly from the vices, and to abstain from evil; to offer prayers, to render alms, and to observe fast. We have believed in him, we have accepted his teachings and his injunctions to worship Allah, and not to associate anything with Him, and we have allowed what He has allowed, and prohibited what He has prohibited. For this reason, our people have risen against us, have persecuted us in order to make us forsake the worship of Allah and return to the worship of idols and other abominations. They have tortured and injured us, until finding no safety among them; we have come to your country, and hope you will protect us from oppression.” [Reference: Ar-Raheeq Al-Makhtum]

It is quite obvious from the speech that it has stood the test of time and delivers the message of Islam today just as effectively as it did more than 1400 years ago. The eloquence of the speech leaves no doubt regarding the strength of the faith and clarity of the new Muslims’ understanding of Islam and the message brought by Allah’s messenger. This speech also serves as a reminder not just for us Muslims but also for those who are still struggling to get the message that Prophet Muhammad ﷺ brought for mankind.

Posted on May 19, 2018, in Articles, Prophet Mohammad (Peace be up on him). Bookmark the permalink. Leave a comment.