← DUA FOR ANXIETY AND STRESS
How to Inspire children to gain knowledge? →

How to raise children? 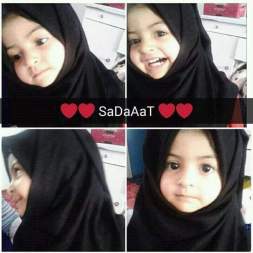 Cultivation in Islam is very important, for indeed all of the religion is based upon upbringing. It starts first of all with of our own selves, then of our families, and then of the community at large. But this cultivation is most important with respect to our children, so that they are brought up upon the correct path of Islam.

Having children is a blessing from Allaah, therefore, it is obligatory for the parents to take care of their children as the responsibility for them is upon their shoulders. As the Prophet  sallallaahu  `alayhi  wa  sallam ( may  Allaah exalt his mention ) said: “All of you are shepherds and are responsible for your flock…” [Al-Bukhaari]

The Quran and the Sunnah of the Prophet  sallallaahu  `alayhi  wa  sallam ( may  Allaah exalt his mention ) encourage us to bring up our children correctly; ordering us with righteousness and good conduct ourselves as well as ordering us to prevent our families from falling into that which would result in their own destruction. Allaah Says (which means): “O you who believe! Ward off from yourselves and your families a Fire (Hell) whose fuel is men and stones…” [Quran; 66:6]

What follows are some practical steps towards establishing the correct cultivation of children.

When an individual wants to get married, they should have the intention to have righteous children and supplicate Allaah to this effect. They should seek their children with the intention to increase the number of the Prophet’s nation, and to get Allaah’s reward in this life and the Hereafter. The Prophet  sallallaahu  `alayhi  wa  sallam ( may  Allaah exalt his mention ) said: “Marry those women who are loving and fertile; for verily I want to be amongst those Prophets who have the most followers on the Day of Judgment.”  [Ahmad and Al-Bayhaqi]

If one has the correct intention at the beginning of the action, then he will have its correct fruits at the end.

Parents should consider Islam the most important affair in their life. They should raise their child to know that the most important aspect of life is being upright in religion, clinging to it firmly. Allaah Says (what means): “And this (submission to Allaah, Islam) was enjoined by Ibraaheem upon his sons and by Ya’qoob, (saying), ‘O my sons! Allaah has chosen for you the (true) religion, then die not except in the faith of Islam.” [Quran; 2:132]

Parents should supplicate Allaah to guide their children and keep them upright. Allaah Says that the believers say (what means): “Our Lord! Bestow on us from our own wives and our offspring who will be the comfort of our eyes, and make us leaders for the Mmuttaqoon (i.e. pious and righteous persons).” [Quran; 25:74]

Besides supplicating Allaah, parents should also take the necessary steps in bringing up their children upon this religion.

Showing Love and Kindness towards Children:

The parent should treat his children with love and kindness, and should not always use harshness. However, if the situation requires harshness, and even hitting, then he should do so, as and when the situation requires it, but he should not make this his way (i.e. that he is always hard and harsh towards his children). We should not be like those people who are always hard upon their children as this may lead them towards further corruption and going astray.

On the other hand, we should not be like those who leave their children without any discipline so that they follow whatever way they like and do whatever they want.

The parent should aim to raise his children upon good character from a young age. He should teach them the Quran, the history of the Prophet  sallallaahu  `alayhi  wa  sallam ( may  Allaah exalt his mention ) and that of the companions  may  Allaah  be  pleased  with  them as well. One should not leave his children to continue making mistakes saying that he will correct them when they get older, because indeed it becomes increasingly more difficult to correct a person when he has grown up adopting incorrect actions and bad characteristics. As a poet once said: “Whoever grows up upon something, he grows old upon that same thing.”

Being Just with Children:

The parent should neither oppress nor wrong any of his children. He should not show one of his children due favor more so than the others, by giving him more or praising him more than any of the others. Indeed this type of favoritism can be a reason for the children swaying from the correct path and developing personal problems later on in life.

The parents should be generous and spend on their children. They should take the necessary steps to earn lawful money and spend on their children in a manner that is correct. Indeed, anything that one spends on his family with the correct intention will be rewarded. The Prophet  sallallaahu  `alayhi  wa  sallam ( may  Allaah exalt his mention ) said: “Two Deenaars (golden currency) which you spend by way of charity, or two Deenaars which you give to the poor, or the two Deenaars which you give to your family-indeed the greatest of these as regards reward is that Deenaar which you spend upon your family.” [Muslim]

Posted on May 19, 2018, in Articles, Children (According to Quran & Sunnah), Children In Islam. Bookmark the permalink. Leave a comment.

← DUA FOR ANXIETY AND STRESS
How to Inspire children to gain knowledge? →