← When marrying what should we look upon a person ?
Why a Muslim Woman Is Not Allowed to Marry a Non-Muslim Man? →

The Eight Do’s and Don’ts of Imam Al-Ghazzali 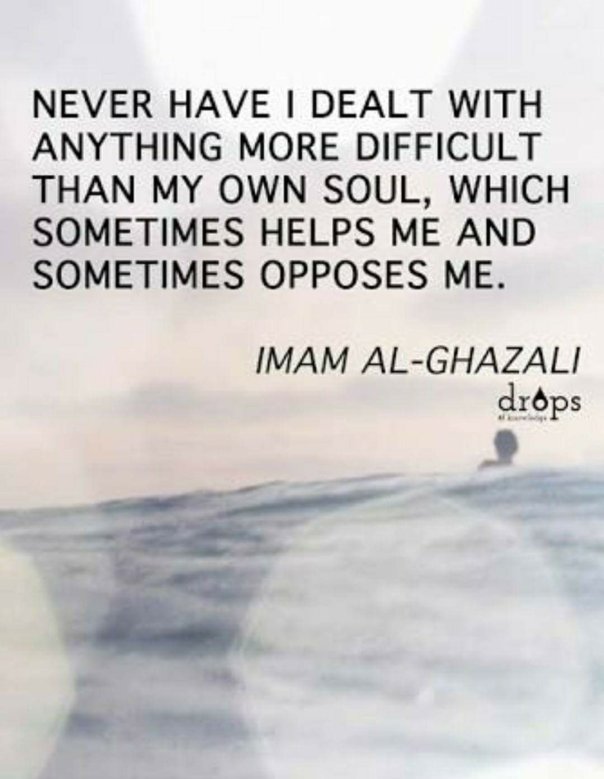 The Eight Do’s and Don’ts of Imam Al-Ghazzali

In the amazing work of Imam Al-Ghazzali titled “Letter to a Disciple”, the Imam writes a sincere counsel to one of his students who had sought his advice on his personal journey to Allah. The Imam responded by writing an insightful letter which includes many universal messages to undertake when journeying towards God Almighty. In this counsel, the Imam particularly advises his student on eight specific things, four of them he must refrain from and four he must enjoin.

Below is a brief summary of these instructions.

The first advice the Imam gives is to avoid argumentation at all costs. He particularly enjoins him to avoid engaging with those that are ignorant and foolish and rather only entertain a discussion when one is intelligent and eager to learn.

Avoid seeking religious fame The second advice is to avoid wanting to become an avid preacher, for in it is much harm; unless you are able to firstly practice what you preach entirely, He also warns speakers from speaking abstractly to appeal to people while failing to achieve the purpose of admonishing their listeners from the harms of this world and calling them closer to Allah.

A speaker should warn people in as much as they worry about their past sins, their shortcomings and the dangers of what allies in the afterlife.He must lead men from this world to the afterlife, from miserliness to generosity, from doubt to certainty and from heedlessness to God-consciousness. Avoid the rulers and kings One must give up his interactions with princes and rulers, because the spectacle of them, gatherings with them and socialising with them are a serious danger. Avoid praising them for if they are tyrannical you are praying for tyranny to spread on Earth, when Allah detests it. Avoid accepting gifts from rulers and kings Even if such gifts were acquired legitimately because once again it may instill love into your heart for someone who is spreading corruption on Earth. Treat your Lord as you would expect Make relations with God such that you would expect a hypothetical servant of yours to behave with you. Whatever would dissatisfy you for yourself should also dissatisfy you towards God, and He really is your Lord.

Treat people as you wish to be treated Interact with people the way you would like to be dealt. The Prophet ﷺ informed us that a worshipper’s faith is incomplete until he wants for others what he wants for himself. Study that which benefits you Occupy yourself with inspecting your heart, discerning the features of your personality, giving up worldly attachments and coming closer to God. Only take from the world that which you need.

Do not stock up on the world’s produce more than that which is adequate for a year. These are the matters which will help you in your path towards Allah swt.

← When marrying what should we look upon a person ?
Why a Muslim Woman Is Not Allowed to Marry a Non-Muslim Man? →