Verse of the day 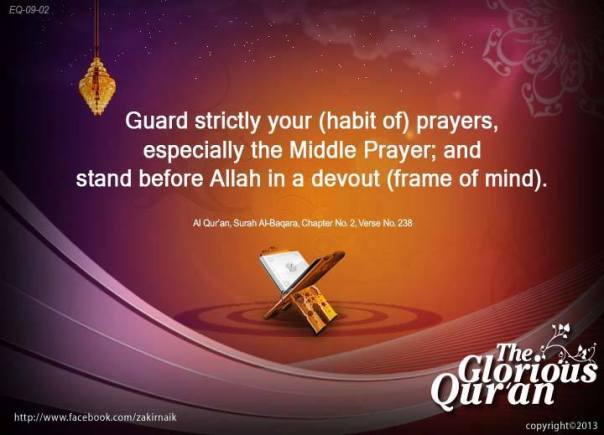 Hadith of the day

Narrated By Anas bin Malik : The Prophet said, “Facilitate things to people (concerning religious matters), and do not make it hard for them and give them good tidings and do not make them run away (from Islam).”

Quote of the day

Question: This questioner has three questions.

The first question: Is covering the vessels during the night obligatory or not? Based upon his صَلَّىٰ اللَّهُ عَلَيْهِ وَسَلَّمَ statement:
غطُّوا آنيتَكُم

Shaykh Ubaid: You are alluding to the hadith of Hudaifah, that which has been agreed upon from him: END_OF_DOCUMENT_TOKEN_TO_BE_REPLACED

Umar ibn al-Khattaab said: One day, while we were sitting with the Messenger of Allah (sal Allahu alaihi wa sallam) a man came before us whose clothes were exceedingly white and whose hair was exceedingly black.

There were no signs of travel seen on him and none of us knew him. He approached and sat down by the Prophet (sal Allahu alaihi wa sallam) resting his knees to his and placing the palms of his hands on his thighs, then he said,

“O Muhammad, inform me about Islam.” So the Messenger of Allah (sal Allahu alaihi wa sallam) said, “Islam is to testify that none has the right to be worshipped in truth except Allah and that Muhammad is the Messenger of Allah, to establish the prayer, to pay the Zakat, to fast Ramadan, and to make the pilgrimage (Hajj) to the House (i.e. the Kabah in Makkah) if you are able to do so.” He said, “You have spoken the truth,” and we were amazed that he was asking him and telling him that he had spoken the truth. He said, “So inform me about Emaan (Faith)? He said, “It is to believe in Allah, His angels, His books, His messengers, the Last Day, and to believe in the Divine Decree (Qadr), both the good and the evil thereof.” END_OF_DOCUMENT_TOKEN_TO_BE_REPLACED 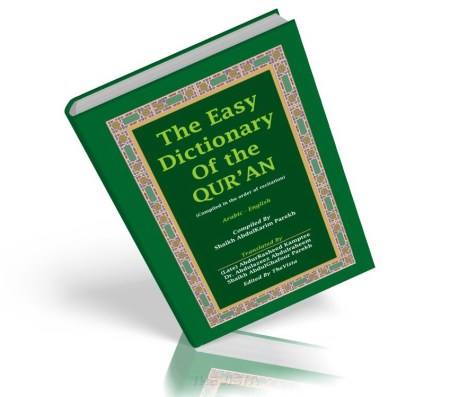 The Easy Dictionary Of The Qur’an
by : Shaikh AbdulKarim Parekh

The Qur’an is the final revealed Book that contains the message of guidance from Allah for all humankind. Accordingly, the salvation as well as worldly welfare of the entire humanity depends upon following the guidance ordained in this Divine Book

When dua is readily accepted?

Making the Most of Your Lunch Hour 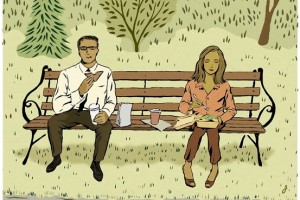 More Americans are eating lunch at their desks or even forgoing it altogether. Is passing up a proper midday break bad for one’s health? Chris Cunningham, professor of Industrial-Organizational and Occupational Health Psychology at the University of Tennessee at Chattanooga, offers one view.

The attention it takes people to focus at work drains them of psychological, social and material reserves, says Dr. Cunningham, leading to stress and lower productivity. “Taking a lunch break away from the desk lets people separate themselves from the source of that drain,” he says. “And that offers the opportunity to build back some of those resources in the middle of the day—rather than just at the end when work is over.”

END_OF_DOCUMENT_TOKEN_TO_BE_REPLACED

Animals will settle their scores in Qiyamah

“There is not a moving (living) creature on earth, nor a bird that flies with its two wings, but are communities like you. We have neglected nothing in the Book, then unto their Lord they (all) shall be gathered”[al-An’aam 6:38]

Ibn ‘Abbaas said: “Everything will be gathered, even the flies.”  END_OF_DOCUMENT_TOKEN_TO_BE_REPLACED

Four Key Concepts From The Qur’an
by : M. Mawdudi

Ilah, Rabb, Deen and ’Ibadah, are four terms basic to the whole teaching of the Qur’an