Was Islam spread by Sword?

◕ It is a common misconception with some non-Muslims that Islam would not have millions of followers all over the world, if it hadnot been spread by forcing people to convert.

Hadith of the day

only Allah swt is worthy of worship

“And I have chosen you, so listen to that which is inspired to you. Verily, I am Allah! There is none worthy of worship but I, so worship Me and offer prayer perfectly for My remembrance.” [Holy Quran Surah, Taha 13-14] 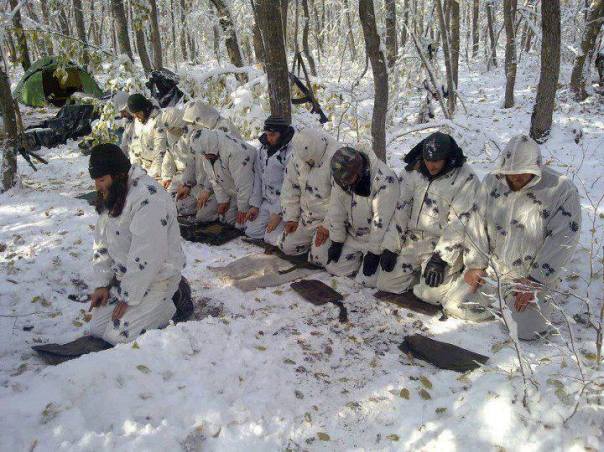 Verse of the day!

Quote of the day

“Life is about ascending spiritually. The one who is humble, Allah will raise him.” –

Neither stress nor cause stress. Or at least TRY not to stress. If stressing solved any issues believe me we’d all be required to do so.
Mufti Ismail Menk 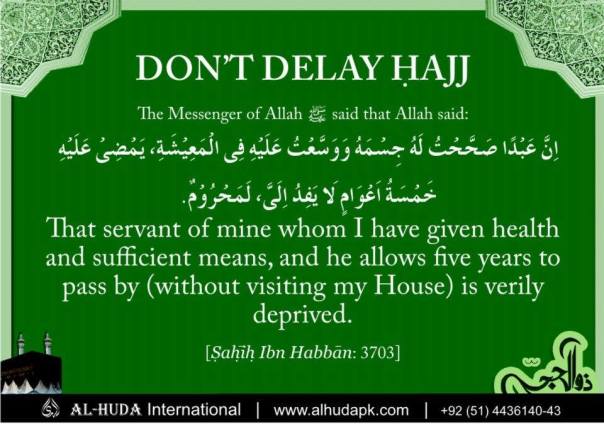 Why would one delay the prospect of performing a Hajj mabroor, the accepted Hajj, the reward of which is nothing less than the gardens of paradise?

This is your chance to have all of your sins forgiven as the Prophet (peace be upon him) said: “Whoever performs Hajj to this house – Ka’bah- and does not commit any obscenity and wrongdoing, he, or she, will come out as the day he, or she, was born – pure and free from sins.”

From another perspective the Messenger of Allah (peace be upon him) is reported to have said: “Hurry to perform Hajj, as none of you knows what may happen to him.” It is as if the Prophet is telling us to think about the matter in a rational way. If someone who has the ability to perform the Hajj delays it; do they not fear that death may catch them up and they then meet Allah with no Hajj to their account?

The reality is that many do delay Hajj until it’s too late. As the years pass by some of them fall sick with debilitating conditions, others become financially stricken and so the great opportunity is lost.

Can you afford to take this risk?

the first ten days of Dhul-Hijjah

By the dawn; by the ten nights

Posted in Hajj - Pilgrimage, The Month of Dhul-Hijjah

How do we understand the attributes of God?

We know and we believe, that there is nothing like unto God; His essence is not like our essence and His attributes are not like our attributes; yet He is the All-Hearing, All-Knowing, All-Seeing. He does not need eyes to see, ears to hear, a tongue to speak; He is not in need of an organ, like us. Because He is nothing like His creation, He is free from such imperfections.

Just like He is the All-Hearing and All-Seeing without an ear or an eye, similarly “He, The Most-Merciful, is established over the Throne – Ar-Rahmanu ‘Alal ‘Arsh istawa’” without occupying a place and directionality (the six directions do not contain Him), because He is not a body or a particle. He is as He ever was before the creation of the Heavens and the Earth. We consign the meaning and modality of these attributes to God, who knows what we know not.

This is our ‘Aqeedah (Creed) as conveyed to us by the majority of rightly guided scholars of this religion.

“Where” is Allāh? Everywhere or on His Throne?

Firstly, the question itself is invalid. The word ‘where’ means: in, at or to what place or position. In other words, it refers to a place, directionality, location etc. So what the questioner is really asking is, “What is the location of Allāh?” This is an invalid question because Allāh is free from place directionality and is not contingent to time and space. END_OF_DOCUMENT_TOKEN_TO_BE_REPLACED