“One night, Caliph Umar as usual went in disguise with his companion Ibn Abbas to see the condition of the people. They strolled from one quarter to another. At last they came to a colony where poor people lived.
While passing by a small house, the Caliph heard a whispering talk within. The mother was telling her daughter that the amount of milk fetched by her for sale that day was very little. She told her that when she was young, and used to sell milk, she always mixed water with milk, and that led to considerable profit. She advised her daughter to do the same. END_OF_DOCUMENT_TOKEN_TO_BE_REPLACED 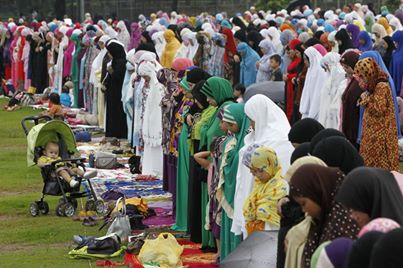 Question:- Respected scholars, as-salamu `alaykum. I would like to know something regarding the Islamic dress code for women. Is it only the hijab (head covering) that is necessary or there are other requirements besides hijab? There are Muslim sisters who wear hijab but also on makeup, tight jeans, or T-shirts, which gives a strange portrayal of a Muslim woman. Jazakum Allahu khayran.
END_OF_DOCUMENT_TOKEN_TO_BE_REPLACED

Posted in Women's Rights In Islam

Question: There are some people circulating that niqab (face veil) is bid`ah (an innovation in religion) and that the women wearing it may therefore be sinful.

We know that you maintain that hijab (head cover) is obligatory for Muslim women to wear. But do you support the opinion that niqab is bid`ah?  END_OF_DOCUMENT_TOKEN_TO_BE_REPLACED