Special to The Seattle Times
Her name is said every day in prayer. She is the only woman whose name heads a chapter in the Quran. She is seen as a symbol of mediation between Christianity and Judaism and Islam. The year she gave birth is commemorated every time we mark a date.

Much theology is dedicated to explaining h…ow the mother of Jesus ought to be understood, but little is known about who she was in the first century. Lesley Hazleton of Seattle has written “Mary: A Flesh-and-Blood Biography of the Virgin Mother” to discern that life. Hazleton begins by calling her Maryam, the name that the teenage Palestinian girl who bore the baby Jesus would have recognized as her own.

Look at the real Middle Eastern story, Hazleton urges. Maryam lived in Nazareth, had dark hair and dark skin, spoke Aramaic, the language of “all the peoples, tribes, and nations living under the far-flung rule of the eastern Roman Empire,” and, according to the Roman Catholic Church, she was 13 when she gave birth to Jesus. END_OF_DOCUMENT_TOKEN_TO_BE_REPLACED

Posted in Jesus PBUH In Islam, Women In Islam

He is Abdullah Mohamed Ibn Idris Al Shafi’i, a prominent Imam who was a descendant from the Hashimi family of Quraysh tribe, which Prophet Mohamed (PBIUH) came from.

He is known as the revivalist of the second century, for he was the one who put the fundamental of jurisprudence; science of (usul al Fiqh).

At the age of 10, Al Shafi’i moth…er sent him to Mekkah, near his tribal ancestry. After entrusting him initially in the care of a relative, she followed him there to keep an eye on his studies. END_OF_DOCUMENT_TOKEN_TO_BE_REPLACED

Names that are preferred, and that are undesirable 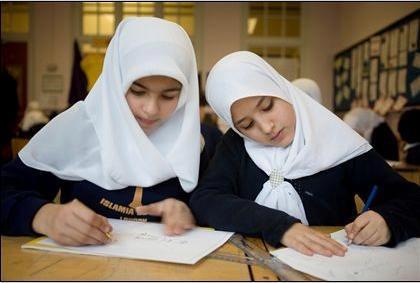 The name given to the child must be meaningful, lovely and good. On the Day of Resurrection, a person will be called by his name and the names of his parents. Therefore, a good name must be selected. (Abu Dawood) Allaah, the Exalted, likes best the names Abdullah and Abdur Rahman. (Sahih Muslim) END_OF_DOCUMENT_TOKEN_TO_BE_REPLACED