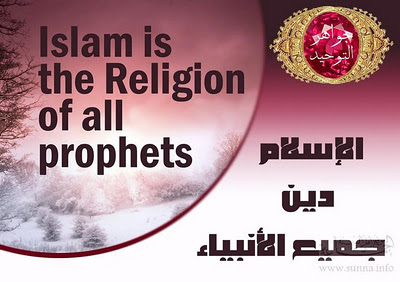 All Prophets of God were Muslims

Islam haters always claim that “Muhammad s.a.w started a New FAKE Religion after jesus 600 years” and Allah is not there God. nauzbillah.

According to them Islam is not Gods religion,Its created by Muhammad (pbuh).

but as Usual : speaking without logic and evidences..

I just have 1 question related to this. Question will distroy this claim easily.

IF MUHAMMAD S.A.W WAS THE CREATOR OF ISLAM,THEN HE MUST BE KNOWN AS FIRST MESSENGER OF GOD not LAST.

“Who would forsake the religion of Abraham (Islam), except one who fools his own soul? We have chosen him in this world, and in the Hereafter he will be with the righteous. When his Lord said to him, “Submit,” he said, “I submit to the Lord of the universe.”

Abraham exhorted his children to do the same, and so did Jacob: “O my children, Allah has pointed out the religion (Islam) for you; do not die except as submitters (Muslims).”

Had you witnessed Jacob on his death bed; he said to his children, “What will you worship after I die?”

They said, “We will worship your god; the god of your fathers Abraham, Ismail, and Isaac; the one god. To Him we are submitters.” [The Holy Qur’an 2:130-133]
“Verily! We really hope that our Lord will forgive us our sins, as we are the first of the believers in Mûsa (Moses) and in the Monotheism which he has brought from Allâh.” [The Holy Qur’an 26:51]

The Qur’an is not presenting Moses (as) as the first ever believer (Muslim) but as the first believer relative to the time and place Moses was in (i.e. the first to believe amongst his people).

This is basic Tafsir and logic.
Muhammad (saws) is not the first Muslim.

“Say (O Muhammad): “Verily, my Salât (prayer), my sacrifice, my living, and my dying are for Allâh, the Lord of the Alamîn (mankind, jinns and all that exists). He has no partner. And of this I have been commanded, and I am the first of the Muslims.” [The Holy Qur’an 6:162-163]

So if we use the Qur’an we realise that Muhammed (saws) is not being put forward as the first ever Muslim as the Qur’an (elsewhere) refers to earlier Prophets who are believers. Hence we realise that the Quranic references (6:163, 6:14) do not teach us that Muhammed is the first ever Muslim.
Islam started from ADAM,this is why muhammad s.a.w is being known as “Last Messenger of  GOD” .

‘Allah took a covenant from the prophets, saying, “I will give you the scripture and wisdom. Afterwards, a messenger (Muhammad) will come to confirm all existing scriptures (Torah, Gospel). You shall believe in him and support him.” He said, “Do you agree with this, and pledge to fulfill this covenant?” They said, “We agree.” He said, “You have thus borne witness, and I bear witness along with you.” [The Holy Qur’an 3:81] 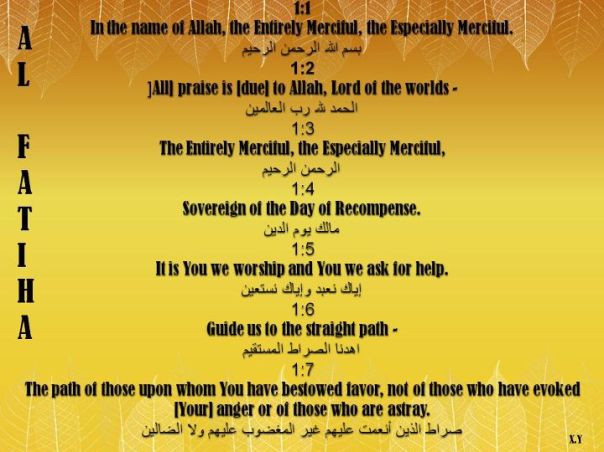 “O People of the Scripture (Jews and Christians), there has come to you Our Messenger (Muhammad) to make clear to you [the religion] after a period [of suspension] of messengers, lest you say, “There came not to us any bringer of good tidings or a warner.” But there has come to you a bringer of good tidings and a warner. And Allah is over all things competent.” [The Holy Qur’an 5:19]

“This day I have perfected your religion for you, completed My Favor upon you, and have chosen for you Islam as your religion.” [The HOly Qur’an 5:3]

The religion of Islam is finally complete because Muhammad (saws) is the seal of all the Prophets and the last to convey the religion of Allah to mankind.

“Muhammad is not the father of anyone among you, but he is the messenger of Allah and the seal of the prophets; and Allah is aware of all things.” [The Holy Qur’an 33:40] 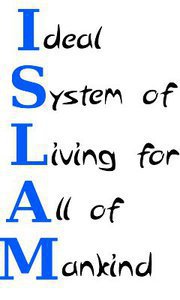 And say, “Ours is the religion of Allah. And who is better than Allah in [ordaining] religion? And we are worshipers of Him.” [The Holy Qur’an 2:138]

“And whoever desires a religion other than Islam, it shall not be accepted from him, and in the hereafter he shall be one of the losers.” [The Holy Qur’an 3:85] 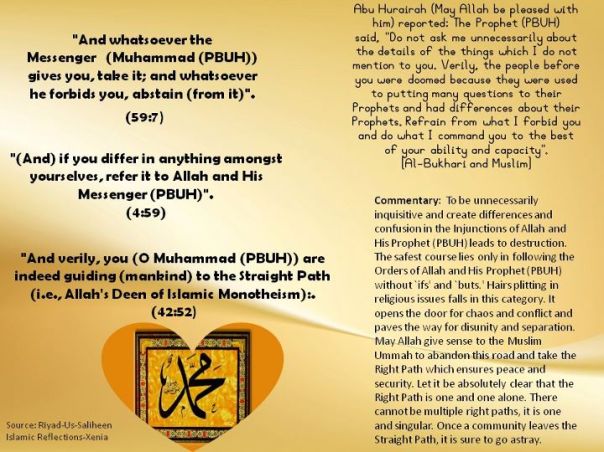 “The Messenger believes in what has been revealed to him from his Lord, as do the men of faith. Each one of them believes in Allah, His angels, His books, and His Messengers. They say: ‘We make no distinction between one and another of His Messengers.’ And they say: ‘We hear, and we obey. We seek Thy forgiveness, Our Lord, and to Thee is the end of all journeys.’” [The Holy Qur’an 2:285]

Reference for above story: Stories in the Quran – Ibn Kathir – 110

Posted on August 20, 2012, in Islam. Bookmark the permalink. Leave a comment.