Praise be to Allaah Who has created Time and has made some times better than others, some months and days and nights better than others, when rewards are multiplied many times, as a mercy towards His slaves. This encourages them to do more righteous deeds and makes them more eager to worship Him, so that the Muslim renews his efforts to gain a greater share of reward, prepare himself for death and supply himself in readiness for the Day of Judgement.

This season of worship brings many benefits, such as the opportunity to correct one’s faults and make up for any shortcomings or anything that one might have missed.

Among the special seasons of worship are the first ten days of Dhu’l-Hijjah, which Allaah has preferred over all the other days of the year. Ibn ‘Abbaas (may Allaah be pleased with him and his father) reported that the Prophet (peace and blessings of Allaah be upon him) said:

You should know, my brother/sister in Islaam,

that the virtue of these ten days is based on many things:

-Allaah swears an oath by them, and swearing an oath by something is indicative of its importance and great benefit. Allaah says (interpretation of the meaning): “By the dawn; by the ten nights” [al-Fajr 89:1-2]. Ibn ‘Abbaas, Ibn al-Zubayr, Mujaahid and others of the earlier and later generations said that this refers to the first ten days of Dhu’l-Hijjah. Ibn Katheer said: “This is the correct opinion.” (Tafseer Ibn Katheer, 8/413)

-These ten days include Yawm ‘Arafaah (the Day of ‘Arafaah), on which Allaah perfected His Religion. Fasting on this day will expiate for the sins of two years.

-These ten days include the days of sacrifice and of Hajj.

Concerning the types of worship to be performed during these ten days: one must understand that these days are a great blessing from Allaah to His slave, which is appreciated properly by the actively righteous. It is the Muslim’s duty to appreciate this blessing and make the most of the opportunity, by devoting these ten days to paying more attention to striving hard in worship. Among His blessings to His slaves, Allaah has given us many ways in which to do good and worship Him, so that the Muslim may be constantly active and consistent in his worship of his Lord.

Among the good deeds which the Muslim should strive to do during the first ten days of Dhu’l-Hijjah are:

quote: “It is extremely preferable to do so.”

It is Sunnah to fast on the ninth day of Dhu’l-Hijjah, because the Prophet (peace and blessings of Allaah be upon him) urged us to do good deeds during this time, and fasting is one of the best of deeds. Allaah has chosen fasting for Himself, as is stated in the hadeeth qudsi:

“Allaah says: ‘All the deeds of the son of Adam are for him, except for fasting, which is for Me and I am the One Who will reward him for it.’”

“The Prophet (peace and blessings of Allaah be upon him) used to fast on the ninth of Dhu’l-Hijjah, on the day of ‘Aashooraa’, on three days of each month, and on the first two Mondays and Thursdays of each month.”

It is Sunnah to say Takbeer (“Allaahu akbar”), Tahmeed (“Al-hamdu Lillaah”), Tahleel (“La ilaha ill-Allaah”) and Tasbeeh (“Subhaan Allaah”) during the first ten days of Dhu’l-Hijjah, and to say it loudly in the mosque, the home, the street and every place where it is permitted to remember Allaah and mention His name out loud, as an act of worship and as a proclamation of the greatness of Allaah, may He be exalted.

The Takbeer may include the words:

Takbeer at this time is an aspect of the Sunnah that has been forgotten, especially during the early part of this period, so much so that one hardly ever hears Takbeer, except from a few people. This Takbeer should be pronounced loudly, in order to revive the Sunnah and as a reminder to the negligent.

There is sound evidence that Ibn ‘Umar and Abu Hurayrah (may Allaah be pleased with them) used to go out in the marketplace during the first ten days of Dhu’l-Hijjah, reciting Takbeer, and the people would recite Takbeer when they heard them.

REVIVING ASPECTS OF THE SUNNAH

that have been virtually forgotten is a deed that will bring an immense reward, as is indicated by the words of the Prophet (peace and blessings of Allaah be upon him): “Whoever revives an aspect of my Sunnah that is forgotten after my death, he will have a reward equivalent to that of the people who follow him, without it detracting in the least from their reward.”

(Reported by al-Tirmidhi, 7/443; this is a hasan hadeeth because of corroborating asaaneed).

One of the best deeds that one can do during these ten days is to perform Hajj to the Sacred House of Allaah. The one whom Allaah helps to go on Hajj to His House and to perform all the rituals properly is included in the words of the Prophet (peace and blessings of Allaah be upon him): “An accepted Hajj brings no less a reward than Paradise.”

Doing more good deeds in general, because good deeds are beloved by Allaah and will bring a great reward from Him. Whoever is not able to go to Hajj should occupy himself at this blessed time by worshipping Allaah, praying (salaat), reading Qur’an, remembering Allaah, making supplication (du’aa’), giving charity, honouring his parents, upholding the ties of kinship, enjoining what is good and forbidding what is evil, and other good deeds and acts of worship.

during these ten days is offering a sacrifice, by choosing a high-quality animal and fattening it, spending money for the sake of Allaah.

One of the most important things to do during these ten days is to repent sincerely to Allaah and to give up all kinds of disobedience and sin. Repentance means coming back to Allaah and foregoing all the deeds, open and secret, that He dislikes, out of regret for what has passed, giving it up immediately and being determined never to return to it, but to adhere firmly to the Truth by doing what Allaah loves.

If a Muslim commits a sin, he must hasten to repent at once, without delay, firstly because he does not know when he will die, and secondly because one evil deed leads to another.

Repentance at special times is very important because in most cases people’s thoughts turn towards worship at these times, and they are keen to do good, which leads to them recognizing their sins and feeling regret for the past.

Repentance is obligatory at all times, but when the Muslim combines sincere repentance with good deeds during the days of most virtue, this is a sign of success, in sha Allaah. Allaah says (interpretation of the meaning):

“But as for him who repented, believed and did righteous deeds, then he will be among those who are successful.”

Some MORE QUICK suggestions to make the Best of the Ten Days [by Shaikh Yaser Birjas]: 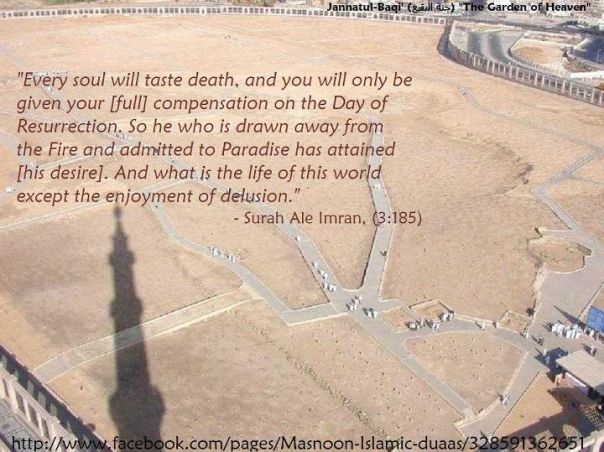 The Muslim should make sure that he does not miss any of these important occasion, because time is passing quickly. Let him prepare himself by doing good deeds which will bring him reward when he is most in need of it, for no matter how much reward he earns, he will find it is less than he needs; the time of departure is at hand, the journey is frightening, delusions are widespread, and the road is long, but Allaah is ever watchful, and to Him will we return and render account.As the Qur’aan says;“So whosoever does good equal to the weight of an atom, shall see it,

And whosoever does evil equal to the weight of an atom, shall see it.”

There is much to be gained, so make the most of the opportunity afforded by these invaluable and irreplaceable ten days. Hasten to do good works, before death strikes, before one can regret one’s negligence and failure to act, before one is asked to return to a place where no prayers will be answered, before death intervenes between the hopeful one and the things he hopes for, before you are trapped with your deeds in the grave.

O you whose hard heart is as dark as the night, is it not time that your heart was filled with light and became soft? Expose yourself to the gentle breeze of your Lord’s mercy during these ten days, for Allaah will cause this breeze to touch whomever He wills, and whoever is touched by it will be happy on the Day of Judgement. May Allaah bless our Prophet Muhammad and all his Family and Companions.

Posted on November 2, 2011, in The Month of Dhul-Hijjah and tagged God of The Jews And Christians?, He is asking about dying in the month of Ramadaan, How to do Dawah?, Prayer –The Spirit of Worship in Islam, The Conditions for Udhiyah (Sacrifice), The magnitude of Divine blessings, VIRTUES OF THE FIRST TEN DAYS OF DHUL HIJJAH. Bookmark the permalink. Leave a comment.